Larry Wright, founding chair of LaunchDETROIT, to be honored at the United Nations 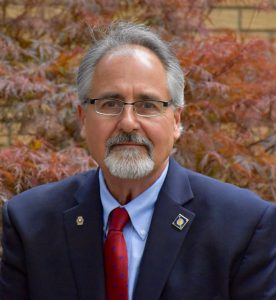 In 2013, Rotary volunteers in District 6400 introduced LaunchDETROIT, a multi-faceted micro loan program to support and develop entrepreneurs and small businesses in under-resourced communities in the Detroit region. Spearheading the program was Larry Wright, past governor of Rotary District 6400 and member of the Rotary Club of Taylor, Michigan.

“Larry’s leadership as founding chair of LaunchDETROIT has helped to generate international interest in a program that is serving as a model for other cities in the U.S., including Atlanta, Ga., Raleigh, N.C.; and Rotary Club of Southeast Chicago; and around the world,” said Sue Goldsen, 2016-17 governor of Rotary District 6400, which includes 48 clubs in southeast Michigan and southwest Ontario. “This award also brings a great deal of positive attention to what’s happening in Detroit and how Rotary volunteers are working to make an impact locally.”

A committee of the Rotary District 6400 Foundation, LaunchDETROIT is powered by  members and clubs of Rotary District 6400. The program includes 10 weeks of free business training through Baker College of Allen Park, assigned business mentors, networking opportunities, and micro-loans of up to $2,500.

For the fourth consecutive year, a group of Detroit area entrepreneurs was recently selected to participate in the LaunchDETROIT program, which requires successful completion of business classes at Baker and presentations of individual business plans to members of the LaunchDETROIT committee.

“I can’t begin to tell you what an honor it is to be recognized with this award, but it truly belongs to a group of dedicated Rotarians, many of whom are entrepreneurs and business owners themselves,” said Wright.

In addition to Baker College of Allen Park, other partners of LaunchDETROIT include Level One Bank, Presbytery of Detroit, Michigan Women’s Foundation, and clubs within Rotary District 6400.